Now, at first glance, this seems like a huge year. After all, there are 50 games! This was certainly a strong year for RPGs in that there were a LOT, but not so much in terms of quality. I’m confident in my top 5, but the runner ups…oh, the runner ups. ANYWAY, let’s hop right in with…

Call me ignorant, but I don’t know how long Bioware’s been around. This is significant for one and only one reason: this is the first game of theirs that I actually liked. I wasn’t a big fan of the KOTOR series, though I saw how it could be appealing. When it came to this and Mass Effect, that’s what really won me over. Jade Empire is a fantastic game as it’s not only about martial arts, but also Oriental mythology in general.

The environments are fantastic, the music’s good, and the voice acting’s pretty nice, too. The combat, well…that’s where it gets a little weird. See, in many ways the game is too basic, but it’s also refreshing that it’s simplified in a way where it’s not all about mouse clicks or just waiting for your characters to beat people up, much like in KOTOR or Dragon Age Origins. Plus, you can always switch up your style, use chi and focus, and whatever else to change the feel of combat.

Still very basic, I agree, but it is what it is. I think what really won me over here was the ambiance, story, and overall setting. Very interesting stuff and I’d love to see a sequel.

I won’t lie. In many ways, the original Atelier Iris is a fucking mess. Almost all of these titles and their…”cousins” (Mana Khemia, specifically)…have odd loading times, weird graphical and audio hiccups, and sometimes feel a little unpolished overall. That said, they’re also incredibly fun for many reasons, such as the ability to create a fuckton of different items, synthesize stuff mid-battle, offer a wide variety of character types that are ACTUAL verifiable classes, not just Fighter X and Fighter Y, and so much more.

Atelier Iris also deserves credit in terms of throwing out alchemy as a new addictive source of obsessive compulsive gameplay and starting and few series that have made it big here in America, such as itself and Ar Tonelico. While I still believe the best of the AI series is the second, the first deserves credit just for these reasons alone. 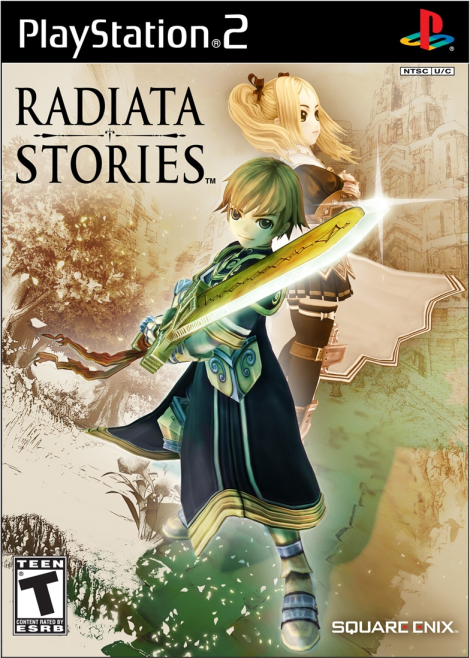 Here’s the bad news. The combat system is generic and at times, WAY too basic. You can’t control your other party members and a lot of them are pretty worthless, meaning the only reason you recruit them is as a requirement to recruit someone ten times better later in the game. There is no real balance and while there are character classes, it doesn’t matter much as it degrades into a button masher in combat.

Here’s more bad news. Often, you only have one save point, your home base, and that’s it…and if you go there during certain times of the day, you may accidentally cause the plot to move forward, which is kind of a big deal if you’re trying to do EVERYTHING the game has to offer. The good news is that’s the only bad news. Oh sure, there are so MAJOR points, but let me explain why it’s on this list despite those glaring flaws.

There are over 300 recruitable characters, days progress very similar to that of Majora’s Mask where everyone lives out their daily lives and you can interrupt them as you see fit, you can KICK anyone you meet and fight them right there if you choose, changing armor actually changes your outfit, the weapon types really do matter and affect how your combos work, the graphics and music are absolutely beautiful, the story is pretty damn good and has an awesome fork, there are plenty of bonus characters and dungeons, it can actually get pretty damn challenging at times, the voice acting and writing in general is great and hilarious, and…well hell I could do this all day.

This is what I consider “the little game that could.” Despite its flaws, it actually turns out to be a really fun game and is definitely worth your time…just make sure you have plenty of it ready. 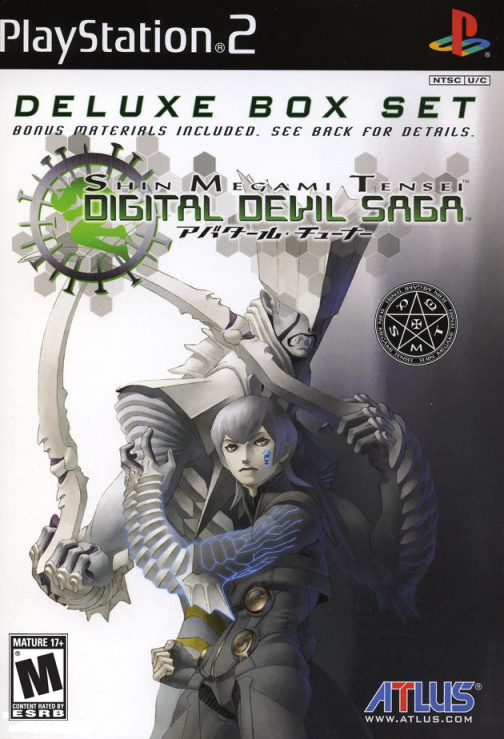 Shin Megami Tensei. Cannibalism. Together at last. I shouldn’t even have to explain anymore. Really, if there’s any one thing I can say that could prevent you from playing this game, it’s that it’s unashamedly Shin Megami Tensei. Expect lots of grinding, dungeon crawling, and only minor sprinkling of plot here and there. Sure, the plot’s awesome, but there are times where you’re in a dungeon so long you completely forget why you’re even there in the first place.

It’s ironic that the most traditional RPG this year is top dog and it so deserves it. Level 5 did an incredible job with the graphics engine and it seriously looks like something right out of a Dragonquest anime. The voice acting is superb and the plot is really damn good. It’s also punishingly difficult. One cannot just…walk into Dragonquest 8. No no, one hobbles, groaning and holding closed an open wound from where your asshole was split wide open by that ONE battle with way too many goddamn enemies…and wouldn’t you know, it most likely was NOT a boss battle.

That’s the thing about Dragonquest. It’s never about the boss battles…it’s about surprising your ass with an incredibly difficult “normal” battle just paces before or after a major boss battle. The game is ruthless, but absolutely worth it. It’s a game you absolutely will not be able to put down.

I’m not going to lie. This is a year with a few hits and a LOT of misses. Sure, there are still titles I’d recommend from the runner ups, but not many.