What A Long And Strange Journey It’s Been 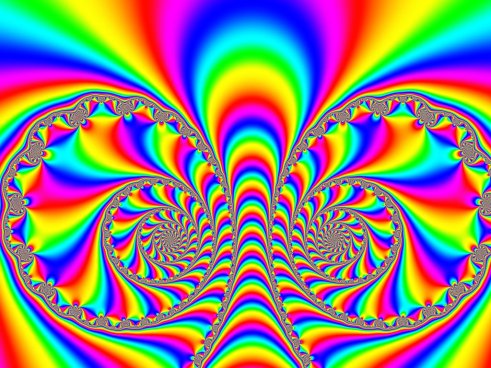 There are many different kinds of people that know me. Some of these people I work with directly, some are my family, some are friends from high school, some are people I only know from online, and of course, of the people I know online, they’re usually all from different places. But very few people actually know how my writing got started online or why…or even how.

I’ve been on the Internet since probably 1996. The alias “gunsage” came from the game idea Gun Sage that I had come up with a year prior, which is funny because the game idea then vs. the game idea now is so radically different that if I’d literally had anything else that sounded any cooler than that happen at about the same time, it would probably have been my alias instead (such as X Sword or Vermillion Fingers).

Even funnier still is that I have literally never handled a gun in my entire life and though I think they’re cool from a Hollywood/videogame angle, I can clearly say I have absolutely no inherent skill in them, as I really don’t count rail shooters or videogames of any type as skill to operate a firearm properly, mostly because I don’t operate on Mortal Kombat logic (i.e. I can kick your ass in this videogame, so clearly I can in real life, too).

Look man, this guy’s got FOUR arms and I whooped HIS ass…so I’m fairly sure you’re toast if you mouth off to me again, just sayin’.

But I digress. This…partially…changed when I started becoming more familiar with Newgrounds in 2000 and 2001. The idea that I could not only submit flash videos (which I dabbled with when I was ignoring my programming homework), but also comment on and rate other vids was appealing to me. I thought of myself as quite the opinionated young man and went on to provide “constructive” criticism, which, at the time, I thought was genuinely helpful.

After the hateful comments I received on my, admittedly, not very good flash entries, I felt it was my very DUTY to tell them all just how wrong they were and try to lay so much smack down on them it turned their penises inside out. Clearly it didn’t…or if it did, then that’s awesome…but probably not. I didn’t know about Internet trolling, just plain ignoring people, extreme sarcasm, or any one of a number of other tools I could’ve used to get by.

This could also be because I was highly awkward until about 2002…and even then I still consider myself to be awkward to this day, but at least I’m more social. In 2004, I learned of a little site called Project Wonderboy. PW’s original goal was to get a bunch of people together to review stuff their way. Often you’d have commentary that could be considered vulgar, sexist, or even a little racist, but it was all in good fun and nothing was meant by it.

They were a fairly tight-knit community and I wanted to help by taking a crack at trying to review stuff, so I sent the owner a review I made up of “Xenosaga – Episode 1 vs. Episode 2.” It wasn’t the best article, but it was enough to convince him I should write for them and from there, it was on. I reviewed everything from Resident Evil 4 to Snatcher to Jet Grind Radio to Paper Mario to Shadow the Hedgehog to all kinds of stuff.

Then it died. Then it came back! Then it died again. Sadly, a lot of people from the site kinda vanished after that. I literally haven’t seen them again. The only two that I know well and communicate with on at least a semi-regular basis are PatMan and Origim, both of whom are available on Wonderpodonline. A few years passed and I literally didn’t write anything online.

Ayup, no more of that.

This was sad for me because I really got addicted to writing stuff online on a regular basis, often way more than other members of PW. There were actually times they told me to slow down or that they had to backlog stuff of mine for future dates because I was writing several articles a day. To have it all just…go away like that…it was terrible.

But the desire to return to a community and forums in general intrigued me, so I eventually joined up with RPG Revolution and Customers Suck. I actually haven’t done ANYTHING on CS for a while and I feel bad about this, but…well, here’s the thing. CS was more of a thing for my last job, where I had stupid fucking customers, but I had enough downtime that I could actually post about it.

I think I discovered them through FARK and if I’m not mistaken, it was the infamous “malt vinegar boy” incident that drew me to them. Yeah, that was…something, alright. RPG Revolution was mostly me trying to rekindle my relationship with RPG Maker, but also get as much assistance and feedback as possible to help me stay motivated…then I ended up just screwing around in their forums most of the time doing about fuckall.

This, but not quite as elegant. Sadly, Ray Charles doesn’t see what I did there.

But I’m getting a little ahead of myself. You see, in 2006, Morphine Nation recruited me to do articles. Granted, they weren’t really about game reviews, but they didn’t mind, either. Morphine Jim, who now writes and does a bunch of other cunting stuff on Destructoid, was the owner, caretaker, and whateverer of the site at the time.

Morphine Nation’s front page, forums, and podcast had a knack for being dark, racist, sexist, sarcastic, and all around hi-fucking-larious. Look, I’m about as anti-PC as they come and they made me seem tame by comparison. And again, it was built on the premise that you should be able to make fun of absolutely fucking everything; that there wasn’t some magical waiting period or that the joke HAD to be funny, but that IF it was in fact a joke and got a reaction, that it was still worth the effort.

Or something. I don’t remember, honestly…it’s been a while. Honestly, the site was quite a shock to me as I had literally never even heard the N word being used in the correct context until 2001 (I was 19). It was a shock…but it was also good for me. Often, comedy, especially lately, is about being hateful, but in a way that’s meant to be joking.

Sometimes it really is for the shock value and other times it’s because it really is legitimately funny, even though it’s HORRIBLY anti-PC. I mean, seriously. There was an incident that occurred recently at work where a female coworker of mine that I know well mentioned she might get cervical cancer, because it’s hereditary, to which I immediately side-IM’d her the following terrible ass joke:

HORRIBLE, right? And that’s the point. She checked that, thankfully not on a call, and was dying laughing. That’s what comedy is all about, honestly. But after almost 6 years of instability on Morphine Nation…they finally went down for the count. Well, technically more than that, but I’m specifically talking about regarding my personal experiences on there.

More and more people went on to do other things, every time it went down there were less and less people…and eventually it was just me, DanMan, JCC, G, and sometimes PatMan and Origim who were left. Sure, there were other people who came and went if the wind changed, but for the most part, it was just us.

So naturally when it went down the last time, that was it. I mean, the Internet has 4chan now and Internet trolls and cyberbullying and people who straight up don’t give a shit anymore…why would they need a site like that, right? I’LL TELL YOU WHY. MN was a great site because it already had an established community before I even entered of people who were fucking awesome.

Second, even though I could go whole hog on my own personal website, I don’t. Why? Because I don’t want my shit taken down again. Sure, this isn’t the best site ever, but I’m tired of YEARS of writing going down the shitter because a webmaster decided not to pay the bills or whatever (no offense). Third, I don’t exactly have forums, which is the best part of a site like that.

When Morphine Nation went down for the count in 2012, I had enough. My shit had been taken down several times (not because of what I wrote) and I’d had enough. Thus, this site was born. Yes, it’s mostly videogame reviews, but I’ll write or make comics about pretty much anything. I appreciate you guys sticking around for as long as you have and I hope to keep this up.

Thanks for the read!