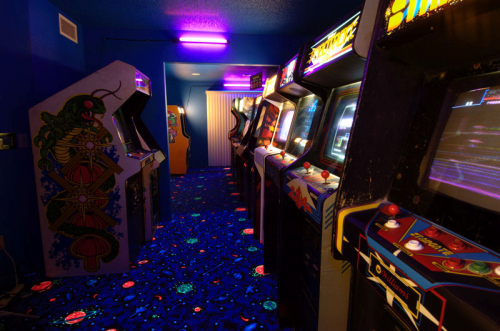 It’s come to my attention that I’ve missed a few games, specifically light gun games. I don’t think it matters much as I’m pretty confident in my picks so far, but just be advised that the runner ups may not contain all games for their respective years. There are 119 games this year, which tells me I either did a more thorough job this time around or it was that much more of an impressive year. Let’s have it!

Up till now SNK had been good at making fighting games, beat-em-ups, and shooters…and that’s about it. Then this beauty came along: a samurai-themed fighter with lots of great animations, music, characters, backgrounds, sounds, fatalities…the whole nine yards. Samurai Shodown was basically the Soul Calibur of 1993. It’s a great game that spawned way too many sequels, as was typical of Neo Geo around this time period.

This game’s a blast. If you got done with games like Knights of the Round and Golden Axe and was desperate for more, then this game is right up your alley. Yeah, you level up, but similar to Knights of the Round, that’s purely in the background. This is a hack n slash classic to the core and is damn fun to play, especially with co-op. The best part is now you can get the bundle with both for different consoles!

It’s dated, sure, but this was the first true 3D fighter. There are no special moves or anything crazy like that. It’s very what you see is what you get. However, the different fighting styles, complexity of moves, combos, ring outs, and a whole lot more made this game that much more realistic. Sure, the moon jumping didn’t help much, but I’ll pretend to ignore that for this classic.

This ALMOST took the #1 spot and that’s really saying something considering I’m not a huge sports fan. NBA Jam was a classic quarter muncher. 2 on 2 with lots of classic players from actual teams and the ability to have your initials represent both a PIN that was transferrable as well as something that would come up on leaderboards? Oh hell yeah. And of course, there’s all the over the top, goofy action too, but yeah.

Ayup. Now before you say this is a cop-out, consider the fact that this sequel immensely capitalized on everything it could possibly throw in there. The cast list is vastly expanded, there are multiple sub-bosses, the main boss is a total fucking badass, you can play as the last main boss except he’s young now, the variety of arenas and fatalities kicked ass…I mean, it’s everything you would want in a sequel.

Nevermind that there were so many bonus goodies as well as babalities, friendships, special characters, and all kinds of crazy shit. This was one of the best sequels of all time for one of the best fighters ever.

Again, I know my picks may not please everyone, but I’m confident in what I chose. There are also a lot of really solid runner ups this year (besides the adult games, mahjong titles, and combinations thereof). 1993 continues to be a great year and I can totally dig why it was one of the number one search results for my site. Obviously the 90s are going strong and will hopefully continue that way.

While I didn’t select ANY, this was also a big year for shooters. Sure, there were a number of goofy brawlers that also didn’t get selected, but there was a definite rise in quality for shooters and even a few bullet hell titles. Surprisingly, there were also a number of light gun games this year, some of which were entirely FMV based. Definitely worth checking out.