Nope. No true correlation between each title. Each one was picked up for a different reason, each one is very different, and each one is definitely recommendable…to the right person. I’ll provide a few more details on this, but for now just keep in mind that these have absolutely nothing to do with each other. Yay, intro’s over!
END_OF_DOCUMENT_TOKEN_TO_BE_REPLACED

Yet another gigantic year for RPGs. There are 29 games! This will probably be the last year I do, at least for a while, so let’s not wait any longer and just hop right into it.
END_OF_DOCUMENT_TOKEN_TO_BE_REPLACED 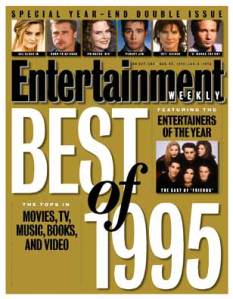 This was another easy year. And yes, I’ll likely be annoying PC gamers, but before I do, consider this: all 5 of the titles selected were either PHENOMENAL or the best of their respective series. There is literally no reason they should be on the top 5 list and the only one I really feel bad about not including is Breath of Fire 2. There are 20 games in total, so let’s get started!
END_OF_DOCUMENT_TOKEN_TO_BE_REPLACED

This is another year where I’m sure PC gamers are going to be pissed with me. To be honest, I was about ready to call it when I saw the list, but there were certain PC titles I wasn’t sure about. This was a good year for console RPGs and it really shows. There were 19 games in total and keep in mind that perhaps I can’t see some of these titles’ charm because I didn’t have a PC that could play them and I did have various consoles that could.
END_OF_DOCUMENT_TOKEN_TO_BE_REPLACED

Square Enix tosses tradition aside yet again with a single player MMO as an actual entry in the Final Fantasy series. The characters and story are pretty shitty, but the license point system, open world aspect, and semi-realtime combat may be enough to win over some diehard S-E loyalists. Plus, it looks and sounds pretty and is set in Ivalice, which was the universe of Final Fantasy Tactics Advance.
END_OF_DOCUMENT_TOKEN_TO_BE_REPLACED