END_OF_DOCUMENT_TOKEN_TO_BE_REPLACED

Today we enter the world of survival horror…on the NES!

END_OF_DOCUMENT_TOKEN_TO_BE_REPLACED

This is not so much a review as it is the start of a series of overviews of each Final Fantasy game I’ve played. While it would be very easy to simply do a Final Fantasy series article and just be done with it, it wouldn’t pay special attention to each FF and what they did for me individually. The Final Fantasy series is a series that has influenced me greatly, as I’ve said before, but exactly how and why?
END_OF_DOCUMENT_TOKEN_TO_BE_REPLACED

According to Wikipedia, the MegaTen series is the third most popular RPG series in Japan, just barely being inched out by Dragon Quest and Final Fantasy. Read on to find out why.
END_OF_DOCUMENT_TOKEN_TO_BE_REPLACED

In 2007, the unthinkable happened: a genuinely GOOD Simpsons game was made. Yes, for a cartoon series that has been around for decades they sure did produce a lot of crappy games. And we’ll get to the good Simpsons game in a minute, but for right now, I wanted to highlight the cacophony crapshoot that was an endless series of failures in the Simpsons megaverse.
END_OF_DOCUMENT_TOKEN_TO_BE_REPLACED

Sometimes the mere mentioning that a game had RPG elements was enough to shelf the idea to bring it over. You’re going to see me pulling this excuse a lot because for every Mega Man, Castlevania, TMNT, Mario, Zelda, and whatever title that came out, you’d have a dozen or so RPGs that didn’t quite make it. While this happened less with the SNES, it certainly happened a LOT with the NES. For example…
END_OF_DOCUMENT_TOKEN_TO_BE_REPLACED

Why Zelda Is Not An RPG

About 7 years ago, I explained why Zelda was not an RPG on Project Wonderboy, the first site I ever wrote at. It was a fun article that only exists in the old Internet graveyard today, sadly. Even still, it’s a topic I toil and fuss over regularly because, wouldn’t you know, people still think it’s an RPG. These people are what I like to call WRONG. But don’t worry if you’re one of them! I’ll explain why you’re an idiot.
END_OF_DOCUMENT_TOKEN_TO_BE_REPLACED 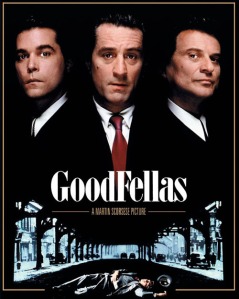 This time around I’m only going to highlight one game per year. While that may not seem very inclusive the fact is there are some years where there aren’t any officially licensed brawlers at all. Remember that the box pictures have vids embedded if you want to see them in action. The definition of a brawler has become somewhat vague, so as it stands, here’s my running definition, subject to change at any time:
END_OF_DOCUMENT_TOKEN_TO_BE_REPLACED

In celebration of this, I’m going to kind of pimp out what I’ve been playing in order of most frequently updated to least. And don’t forget, as I usually do, there are youtube links embedded in the pics. Enjoy!
END_OF_DOCUMENT_TOKEN_TO_BE_REPLACED